Pokemon Go is a new smart game that was released on iOS and Android devices this year and, in the upcoming days, it might be launched on Windows devices also. This game is basically to find and capture Pokemon using geographical location. You can also battle with other players, and even participate in raids against Pokemon. This game requires a constant 3G OR 4G connections or network. 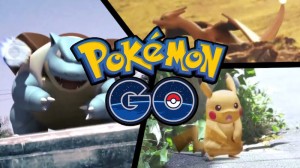 How To Play Pokemon Go in India Without Its Official Launch

Pokemon Go was  released recently in Australia, New Zealand, and US. We played the game for a few hours in India, and here’s what you need to know before you do the same.

How to play Pokemon Go

Pokemon Go requires you to step outside and walk around.  Pokemons, then, start appearing on your map. You can then try to catch them. Tap the Pokemon and then throw a Pokeball to catch the Pokemon. You must have to tap the Journal button to see which Pokemon ran away and how many items you gained at Pokestops.

You need to go outside
At first, we tried to play this game near our building but we found only one Pokemon and the game did not work properly.

Don’t play it on Indian roads
If you have ever walked on any Indian road, you know how dangerous it is for pedestrians. Most vehicles don’t follow basic rules such as stopping at traffic lights, one-way streets, flashing indicator lights, etc. Pokemon Go requires you to keep looking at your phone for signs of Pokemon and other game landmarks. This is quite dangerous on Indian roads. This game warns you to always stay aware of your surroundings. We suggest you to not to play this, especially in India.

First of all, you need to allow Android device to install and run apps from external sources. Be cautious when you turn on this setting, as you should make sure that you only download apps that are safe and reliable. To do this, open up Settings and go to Security. Scroll down and tap toggle to turn this setting on. Now you need to download the Pokémon Go APK file. On your Android device go to the Pokémon Go APK web page and tap on ‘Download APK’. Select ‘OK’ when the warning message appears and Pokémon Go will download.

Once done, Pokémon Go will now install, letting you play right now. You can now enjoy the game without having to wait for its official release in India.

Even though you don’t know much about these Pokèmons, you can still go ahead and play the game. You don’t have to be a hardcore fan of the famous anime series, on which the game is based on. One good thing about this game is that it’s intrinsically mobile and that by itself makes it more interesting to try out. So the idea here is, you are not just playing a game, but you are exploring your neighbourhood and covering more places.

Please share your comments after playing the game below in the comments section.