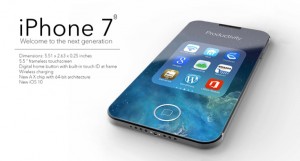 The event starts at 10.00 am Pacific Time, which is around 10.30 pm IST for the fans in India. If you are an Apple fan in India, be prepared to stay up late to watch the new iPhone launch.

Yes, the link is at the official Apple.com website. Apple uses its own HTTP Live Streaming (HLS) technology. If you already have an iPhone or any other Apple device, you’re in luck.

Don’t worry. Apple events are no longer exclusive to just Mac or iOS universe. Apple lets anyone with a PC or tablet running Windows 10 stream the event on their Microsoft Edge browser. So if you have the Windows 10 OS on your PC, open Edge and you should be able to watch the event live.

The biggest expectation from the event is the new iPhone from Apple. This is likely to be called the iPhone 7 and iPhone 7 Plus, although some leaks and rumours indicate that Apple could go with a name like iPhone 6SE (special edition) .Apple is also expected to showcase the new version of the Apple Watch.

Apple is expected to introduce this iPhone in India as quickly as possible, given the growing importance of the market. But don’t expect it before October in India.